As one of the partners of the British Council Serbia Conference “New Technologies in Education 2016” Center for the Promotion of Science (CPN) is organizing a panel discussion dedicated to the concept of responsible research and innovation. Panel will be held in Belgrade, Serbia, on February 26, 2016.

The aim of the discussion is to tackle many aspects of responsible research and innovation, namely gender balance, internet security, but also assessment of ethical procedures in R&I on European and Serbian level.

By exploring synergies between two projects, RRI Tools and SATORI, CPN is gathering experts on the topic in order to see what is considered to be ethically acceptable, but also sustainable and socially desirable research and innovation.

As means of achieving this aim, experts will discuss the on-line set of tools, developed within the scope of RRI Tools project, but also the common European framework for ethical assessment of R&I that is being developed through SATORI project.

One of the panellists is dr Dallibor Petrovic, professor of sociology from the University of Belgrade, but also an external CPN associate of the SATORI project. Djurdja Timotijevic (CPN), RRI Tools trainer and Dobrivoje Lale Eric, Head of the International Cooperation (CPN) will also take part in the discussion. Ivana Horvat (CPN), SATORI Communications coordinator, is hosting the panel. 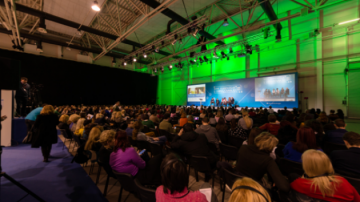