By Dalibor Petrović, Professor of Sociology, University of Belgrade, Center for the Promotion of Science associate

When The Centre for the Promotion of Science joined the SATORI project in 2014, the Law on Scientific Research Activities of the Republic of Serbia made absolutely no mention of the word “ethics”. One year later said Law underwent considerable alterations the majority of which were geared towards devising procedures for ethical assessment of research activities. Was this a happy coincidence or is there perhaps much more than meets the eye?

Although ethical assessment is not sufficiently rooted in Serbian institutions, certain ethical dilemmas seem to pervade the public discourse. These include constant assessments of (un)ethical behavior of various individuals, from politicians, doctors and scientists to common people and their daily moral struggles. Thus, it is fair to say that very few people refrain from debating ethical issues. In fact, this may as well be a result of an institutional void, as, in the absence of clearly defined procedures for ethical assessment, people keep reassessing what they or the society at large find good or bad, right or wrong, moral or immoral.

The process of institutionalization of ethical assessment can be approached both top-down and bottom-up. When dealing with basic existential problems such as healthcare and business issues, ordinary people do their utmost to preserve their fundamental rights, such as the right to a dignified life or life in general, even when the pertaining institutions fail to do so. On the other hand, in those spheres of life that are not closely connected with the everyday life of common people, the development of ethical procedures is rather a product of the overall orientation of a particular country and its institutions or various stakeholders operating within a particular domain. One of those domains is definitely science, at least in Serbia, where the results of scientific research, except in the case of medical advancements, are rarely seen as the principal factors in achieving better life standards of its citizens. The same applies to ethics in Serbian scientific research, with the exception of medical science, whose ethical procedures are essentially inseparable from the medical procedures themselves.  Ethical bodies in other scientific branches are virtually non-existent. For example, if an international sociological research required a formal consent from a Serbian Scientific integrity committee, no such consent could be obtained for the simple reason that in Serbia there exists no committee whatsoever issuing any type of consent in the field of sociological research.

Naturally, the consequences of having no procedures for ethical assessment are far more drastic than the foregoing example can convey. To illustrate the latter point we will cite but a few affairs connected with accusations of plagiarism of doctorate theses by some of Serbia’s leading politicians that have received extensive media coverage in the last couple of years. It was the very absence of clear-cut procedures for detecting plagiarism that served as a convenient pretext for letting the media speculate about these cases instead of having them properly investigated by the competent authorities.

So where does the great change in the Law on Scientific Research Activities, which prompted this text in the first place, come from? In our opinion, there are three groups of factors that contributed to its alterations. The chief reason, which, we believe, needs no further explanation, is associated with the process of Serbia’s accession to the European Union, which by itself requires adjustments of various laws and by-laws including procedures for ethical assessment in scientific research. The second reason is part of the general feeling of urgency regarding the much-needed ethical standards that ensued in the aftermath of the above mentioned affair concerning the plagiarism of scientific papers and doctoral theses by not only high-profiled politicians but also no small number of Serbian scientists. However, the third and perhaps crucial reason that has paved the way for a clearly defined ethical assessment procedure in Serbian scientific research is embodied in a group of people, spearheaded by minister Srdjan Verbic and his closest associates, who took over the Ministry of Education, Science and Technological Development in 2014. Although individuals themselves cannot work miracles in introducing change into an ossified system, what they can do is seize the right opportunity and effect not only procedural but some systemic changes as well.  A unique characteristic of the people that still run the Ministry, although they stand to be replaced before long, is that they are all fairly young and had sprung from a strictly scientific rather than political background.  The difficult part for them was not realizing what particular changes they needed to introduce but finding the viable method of implementing them under the circumstances. Once it became obvious that opening chapter 25 in accession negotiations with the EU, the one that codifies science and research activities, would require amendments to the Law on Scientific Research Activities and that ethical issues had already outgrown the sphere of science proper and started affecting the whole Serbian society, the people at the forefront of the Ministry started initiating changes of said Law.  Under the circumstances, the Serbian Parliament’s only recourse was to sanction the alterations toward the end of 2015.

However, whether the Code of Conduct will actually be introduced into the scientific research area and whether the Scientific Integrity Committee will eventually be established as provided by the altered Law is another matter altogether. It will no doubt and to a large extent depend not only on the dynamics of the accession negotiations with the EU but also on the people who will run the ministry which is still to be constituted now that the elections have passed. Only competent and courageous people, making the most of the support coming from the EU and the accumulated discontent with the current state of affairs in the Serbian scientific community, can ensure that these changes don’t become a mere dead letter. 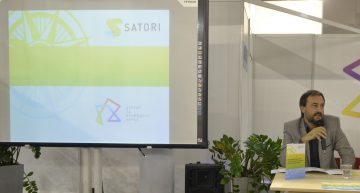