By Dalibor Petrović, Professor of Sociology, University of Belgrade, Center for the Promotion of Science associate

Towards the end of November 2016 Belgrade hosted one of SATORI training sessions aimed at introducing regional ethics experts and young researchers of various backgrounds to the results and recommendations that the SATORI project has so far yielded. However, the training sessions were geared toward a free diffusion of thought and knowledge among the participants as a whole rather than the conventional teacher-dominated approach.

The uniqueness of Serbia’s position within the SATORI project, as well as that of the Belgrade workshop itself, is reflected in the fact that it is the only non-EU state whose economic, political and cultural legacy of an erstwhile socialist republic sets it apart from the other countries in the SATORI project (except Poland, to a certain degree).

Quite understandably, the legacy related to ethical assessment of research and innovation is both distinct and scarce compared to Western Europe countries. Still, the process of accession to the EU and certain profound changes in the mindset of people who take interest in science and innovation have recently made Serbia a hotspot of ethical assessment, characterized by arguably the briskest development in the field in this part of Europe.

For this very reason, the common atmosphere during the sessions was one of enthusiasm, inquisitiveness, and even doubt at times, but much more often the participants managed to take a realistic look at the pros and cons regarding the development of ethical assessment in Serbia and throughout the region.

The first-day participants comprised ethical assessment experts from Serbia and the neighbouring countries such as Albania, Montenegro, Bosnia and Herzegovina, Croatia and Slovenia. What with the majority of experts coming from the same geographical region, it is little wonder that their dilemmas turned out be fairly consistent. One of the greatest challenges in terms of ethical assessment in smaller countries that also lack clearly defined procedures is insufficient neutrality of the entire process of ethical assessment. In close-knit scientific communities that share the same field of research most scientists are acquainted with each other which tends to hamstring the entire process due to potential bias related to familiarity.

The second-day participants were predominantly young researchers from Serbia joined by several regional experts who wished to attend the second day training session as well.

Young researchers focus on issues that typically ail scientific communities in countries without a long-standing tradition of ethics assessment. First and foremost, these issues concern scientific integrity and plagiarism in particular.

In the last couple of years, Serbia has been the scene of scandalous affairs of plagiarism committed by leading politicians, which took this discussion outside the confines of science proper and made it a matter of national importance. A more positive outcome of the whole hubbub has been the adoption of a number of important rules that safeguard scientific integrity.

Young social science experts maintain that the issue of informed consent creates a lot of problems for researchers in this field. According to the Serbian Law on personal data protection, if personal data obtained for the purpose of research can be de-anonymised, as in the case of home or telephone surveys, then a written consent should be obtained from the respondents as well. There have been several complaints lodged with the office of the Commissioner for Information of Public Importance and Personal Data Protection by survey participants with respect to these issues. Therefore, it is necessary to find some kind of ‘middle ground’ solution for this problem, probably in the form of oral consent in the case of extensive surveys. But, in order to be valid, this solution should also be incorporated into the new law on personal data protection.

It is important to add that young researchers are under the impression that for the majority of scientific communities in south-eastern Europe, ethics assessment is just another bureaucratic task that should be discharged mechanically in order to obtain clearance for the research. Those who believe that ethics assessment is an important part of research activities are in the minority.

In conclusion, it should be noted that the members of the Satori team were more than pleased with the feedback they received. What gave them the most encouragement was the fact that, absent the local differences, most researchers are faced with the same set of basic ethical issues that can only be addressed in a joint effort such as the one developed by the Satori project. 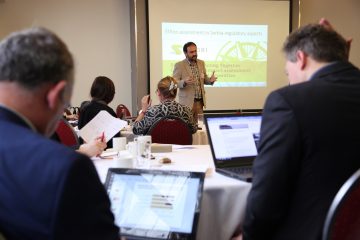