How did you become involved with the SATORI project?

We saw an interesting challenge in standardising something like ethics assessment for research and innovation, so we jumped at the chance and have been an official partner since early 2015.

What is your role in The SATORI Project?

At Danish Standards, we are responsible for an analysis of the standardization potential in SATORI. This includes carrying out an analysis of existing standards that might be relevant for the project.In the context of ethics assessment for research and innovation, there might be limits to standardisation (what can be , why and why not). In order learn more about the limits and locate potential recommendations, a number of interviews have been carried out to learn from the experience of persons who have worked with standardisation for several years in different fields such as sustainability, environment, health, IT etc.

What would be the most desirable outcome of the project?

For us, it would be interesting if a CEN Workshop Agreement (a European standardisation document) could be developed and disseminated into society e.g. at EU level. Standards are a way of communicating – a kind of common language. It is a means of communicating across languages and cultures to avoid misunderstandings. As more and more research and innovation projects span national borders it might be great benefit to develop a joint approach for ethics assessment in form of a standard document.

What would be most important contribution of the project to society? Why?

One of the most important contributions would be creating a common understanding of ethics assessment and how to assess research and innovation.

What is the most challenging part of the project?

For us it has been determining if it is possible to make a standard on a topic such as ethics assessment. Historically, the majority of standards have focus on very technical subjects such as machine safety or medical equipment, but management standards have definitely put their footprint on the world also. Now standardisation is moving into areas such as sustainable coco and animal welfare. However, no one in the formal standardisation system has attempted to standardise ethics. Attempting to do something that has never been done before always gives certain challenges. We have tried to meet these challenges by finding inspiration and transferring knowledge from existing standards, by engaging in discussions and conducting a workshop on the standardisation potential in SATORI.

How do you see mutual learning taking place in the SATORI project? What can you take with you home?

The SATORI project has created the opportunity for experts within many different fields to give their opinion on ethical issues in research and innovation. This creates a synergy and a vast knowledge pool that has been indispensable in giving input to the many different deliverables in the project. Danish Standards continuously participate in research and innovation projects. Here we will be able to transfer some of the results from SATORI to these projects.

What will happen with the standard document after SATORI is finalised? 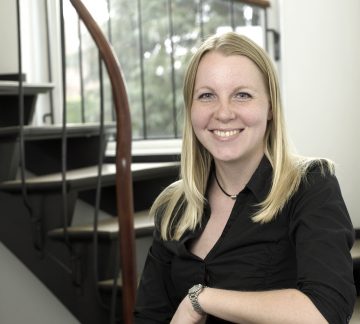