SATORI is a 45-month European Commission-funded project, comprising 17 partners from 12 countries, including an intergovernmental organisation, the aim of which is to harmonise ethical impact assessment as far as possible in research and innovation, and to make sure that ethical principles and societal concerns are adequately taken into account in the evolution of technologies.

A methodology and recommendations for ethical impact assessment (EIA) will be key outputs of the SATORI project. David Wright, who coined the term ”ethical impact assessment”, defines it as a “process during which an organization, together with stakeholders, considers the ethical issues or impacts posed by a new project, technology, service, program, legislation, or other initiative, to identify risks and solutions”. He proposes the use of an EIA ”as a way to ensure ethical implications are adequately examined by stakeholders before the deployment of a new technology or project so that mitigating measures can be taken as necessary”.

In this interview, we learn more about his involvement in the SATORI project and his views on ethical impact assessment.

How did you become involved with the SATORI project?

I found the call text in a European Commission work programme and suggested to our partners at Universiteit Twente and De Montfort University that we collaborate in the development of a proposal – which we did, and which was successful.

What is your role in The SATORI Project?

Trilateral is deputy co-ordinator of the SATORI project. Trilateral also led work package 1 Comparative Analysis of Ethics Assessment Practices. It is a partner in various other WPs and tasks.

What would be the most desirable outcome of the project?

From Trilateral’s point of view, the most desirable outcome would be the adoption of an EU-harmonised approach to ethics assessment and, in particular, agreement on the elements in an ethical impact assessment (EIA) and the methodology for carrying out an EIA. Also important is an enhanced understanding of how ethics are considered in different professions, disciplines, projects and countries.

What would be the most important contribution of the project to society? Why?

We think the most important contribution of SATORI to society would be a heightened societal awareness of ethics generally and the importance of considering ethical aspects while writing research proposals, before (and while) undertaking new projects or other initiatives that might raise ethical issues.

What is the most challenging part of the project?

One challenge is generating stakeholder awareness of the importance of ethical considerations, preferably in a structured approach. Another challenge will be coming to a consensus with different stakeholders about the adoption of an EU-harmonised approach to ethics assessment.

How do you see mutual learning taking place in the SATORI project? What can you take home?

Mutual learning takes place in SATORI in the interactions of the partners themselves (who represent a variety of stakeholder types, e.g., from academia, industry, an intergovernmental organisation, standardisation bodies, a consultancy, a civil society organisation and a national ethics committee) in the different work packages, sharing of outputs at project events, and from engaging with external stakeholders at the SATORI and non-SATORI events.

What is the future of ethical impact assessment in Europe and internationally?

It seems likely that companies and governmental organisations will increasingly use EIAs to avoid ethical consequences that raise concerns among the public, civil society organisations, academics and the media. EIAs are a form of insurance against negative publicity. As the process of conducting EIAs and privacy impact assessments is similar, one can envisage that EIAs and PIAs will be undertaken concurrently and, possibly, even in an integrated manner.

David Wright is Director of Trilateral Research Ltd. He published the first and only book on Privacy Impact Assessment (Springer, 2012) and one on Surveillance in Europe (Routledge, 2015). His most recent book is Enforcing Privacy (Springer, 2016). 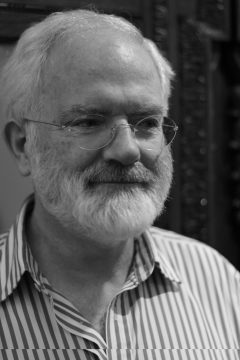